A Dedicated New Range Inspired by the Iberian Peninsula

Redbreast Irish Whiskey, produced by Irish Distillers at Midleton Distillery, has unveiled a new collection of whiskeys. The Iberian Series celebrates the brand’s long-standing connection to some of the Iberian Peninsula’s most celebrated cooperages and winemakers.

Redbreast Pedro Ximénez Edition will join the award-winning Lustau Edition in the inaugural Redbreast Iberian Series line up in yet another stunning example from Midleton’s skilled whiskey makers of how Ireland and Iberia’s rich heritages, as the purveyors of some the world’s finest spirits and wines, can combine to create whiskeys that are truly extraordinary. 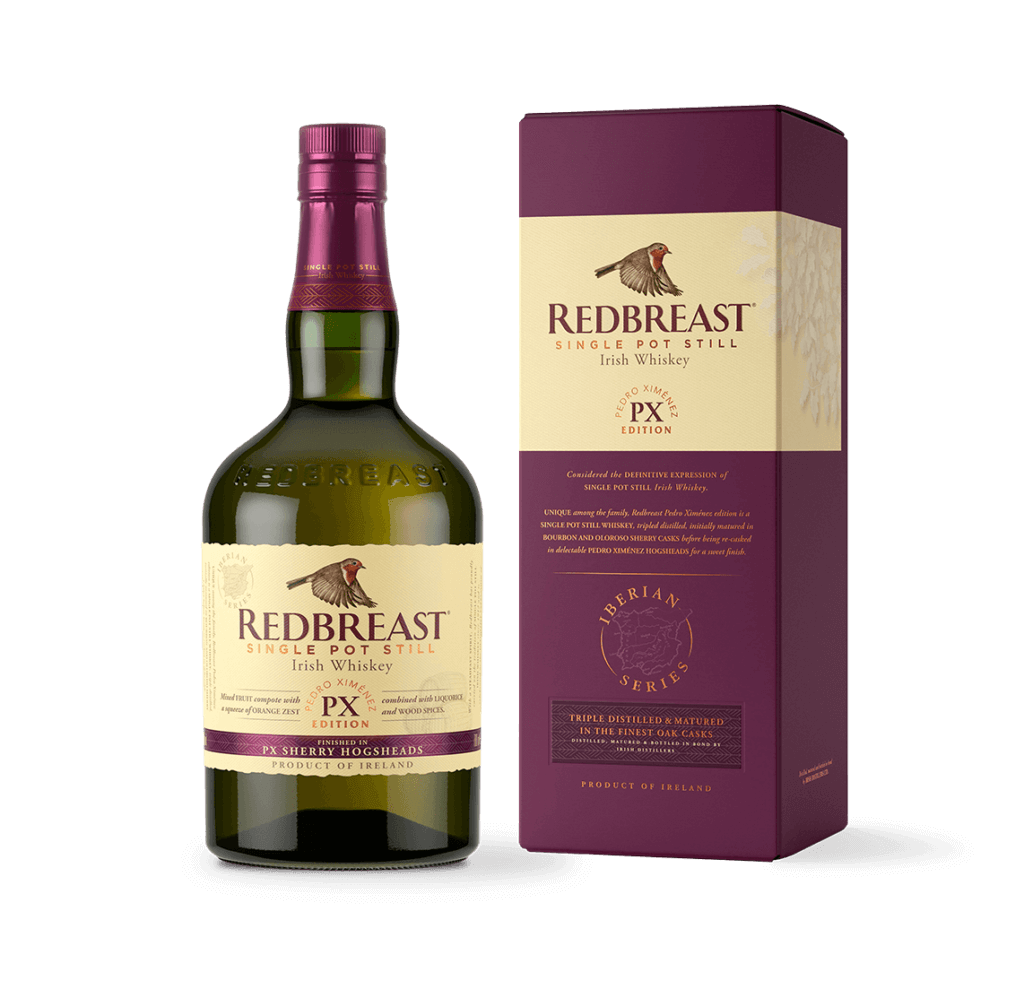 The first limited edition release to join the series, Redbreast Pedro Ximénez Edition is a single pot still Irish whiskey, triple distilled and initially matured in ex-bourbon and oloroso sherry casks before being re-casked into delectable Pedro Ximénez hogsheads from the southern tip of Spain for a minimum of 12 months. Just half the size of a standard sherry butt, the increased surface area of the hogshead intensifies the flavour contribution from the Pedro Ximénez-soaked wood, imparting notes of treacle, raisins and orange zest thanks to the sweeter grape variety used in the world renowned sherry.

Redbreast Lustau Edition – launched in 2016 to critical acclaim around the globe – will remain the anchor expression in the Redbreast Iberian Series and will be joined by a new Limited Edition release from time to time. 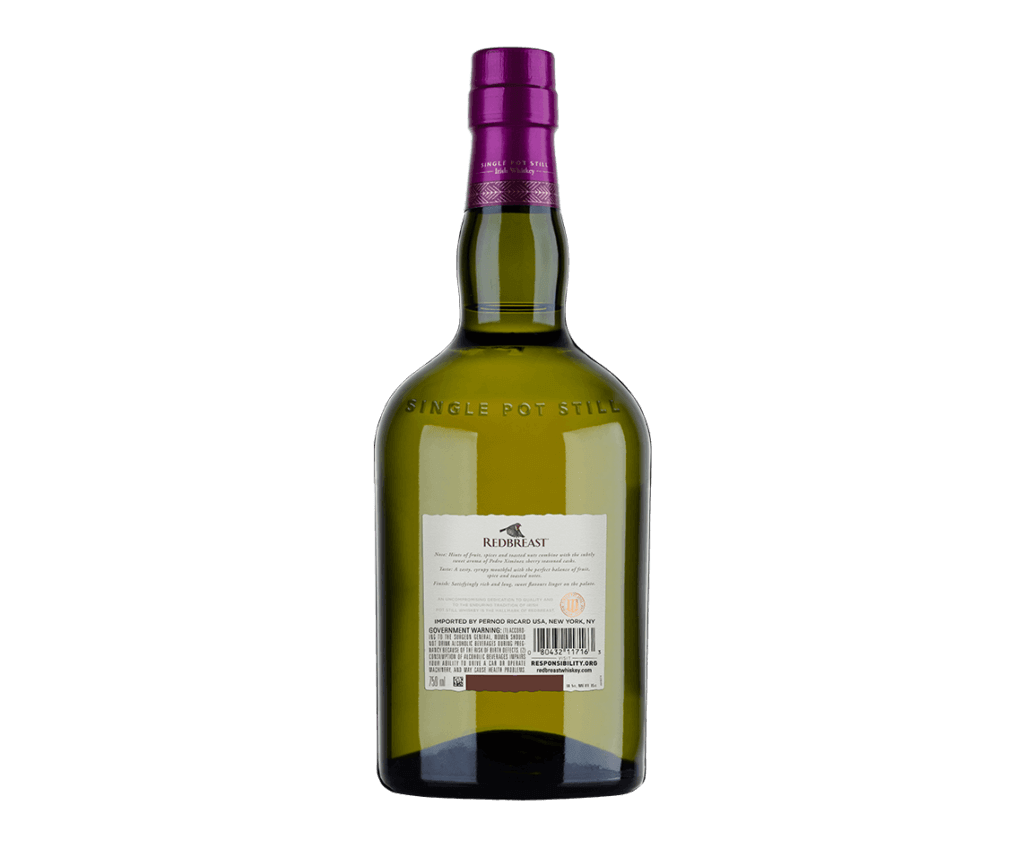 Master Blender Billy Leighton comments: “Iberia has been central to the history of Redbreast, and my colleagues and I have been visiting the peninsula since the 1980s. The close relationships fostered there over decades have led to many delightful discoveries that take the region’s influence on our whiskey to another level, while sitting comfortably within the Redbreast family. It gives me great pleasure that the new Iberian Series gives us an outlet to bring our best discoveries to consumers around the world. The collection will add new and exciting chapters to the Redbreast Family story with whiskeys finished in casks sourced from the sun-drenched bodegas of Spain and Portugal, suffused with the natural warmth and sweetness of the Iberian Peninsula.” 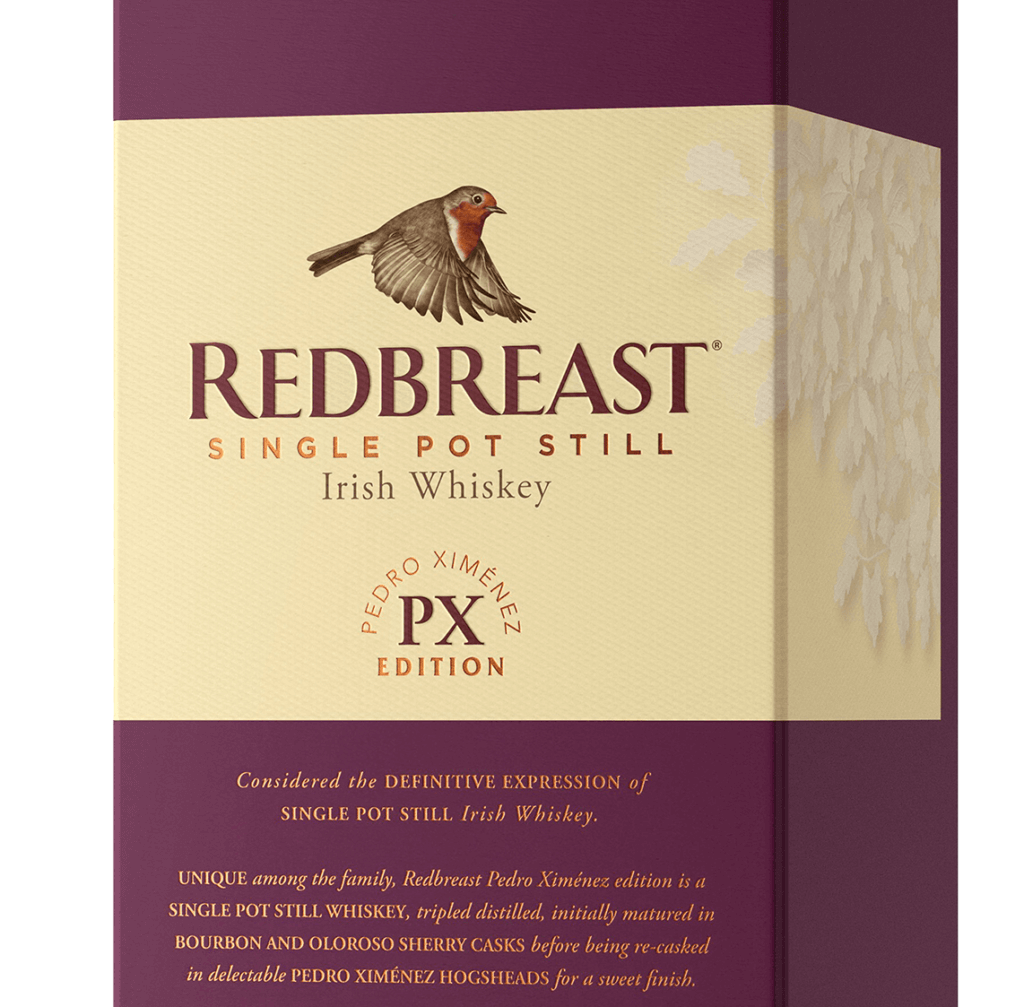 Dave McCabe, Blender at Irish Distillers adds, “The creation of the Redbreast Pedro Ximénez Edition came about thanks to strong relationships and good fortune. A number of years ago, our friends in Antonio Páez Lobato Cooperage in Jerez presented us with an exceptional opportunity to trial casks which had been pre-seasoned with Pedro Ximénez sherry for two years. Finding that the wood contributed a very different flavour profile to the traditional Spanish sherry cask, we finished our Redbreast whiskey in these hogsheads for between 12 and 22 months, adding a distinctive twist to the signature Redbreast character.

“Underpinned by the much loved Redbreast Lustau Edition, each subsequent expression in this series will represent a new chapter in exploring the casks, flavours and aromas from this region.”