Standing proudly in the heart of the Co. Armagh town of Portadown for over 150 years, McConville’s Bar has stood the test of time.

If this building could talk, it would have some story to tell. Prohibition. The Roaring ‘20s. Conflict. Resolution. McConville’s has seen it all.

Spirited conversations and meetings of minds have taken place within these walls for generations, often spurred on by a dram or two of Irish Whiskey.

Rich whiskey history courses through the veins of this famous public house. A licensed premises has stood on this spot since the 1800s. Formerly a trusted wine and spirt merchant, McConville’s once bottled its own blend of whiskey, and today proudly houses one of the largest Irish Whiskey collections in Ulster. 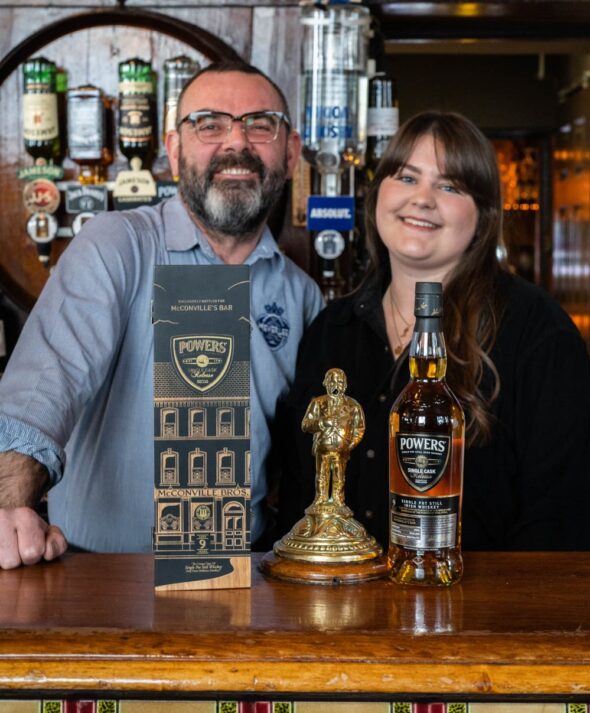 Pull up a pew, or take a seat in one of its original wooden snugs and you are instantly transported back in time. Ornate moulded ceilings, original tiled floors and decorative etched windows sit alongside original woodwork said to have been modelled on the Titanic. McConville’s is proud of its rich history, its spirited past and its place in the hearts of local people. And so are we. 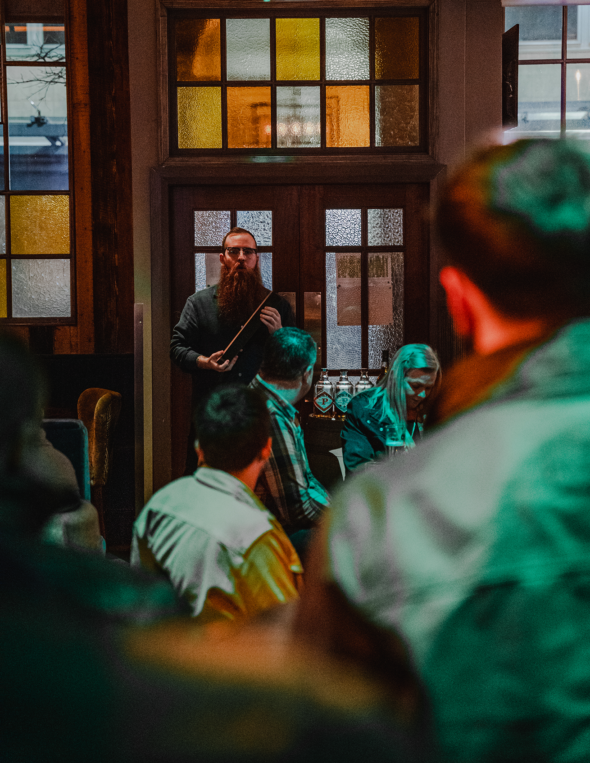 On Thursday night we celebrated the launch of the brand-new Powers 9-Year-Old Single Cask whiskey bottled exclusively for McConville’s Bar in Portadown. We were joined by the bar owner Andy Robinson, his staff, friends of the bar, locals, and whiskey enthusiasts, including two of our Whiskey Club giveaway winners. 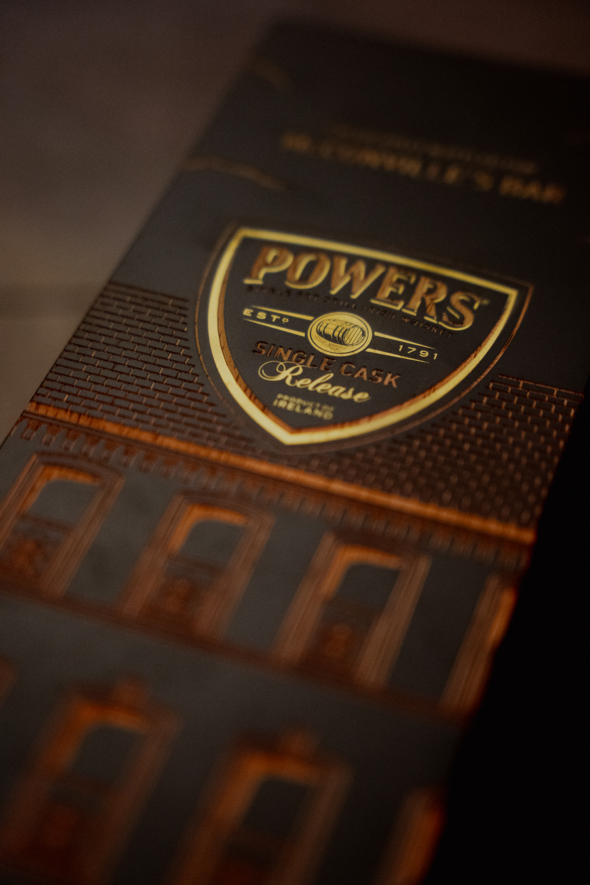 Aged for 9 years and 11 months, this special Powers Single Cask release embodies the heritage and craft of the Irish pot still whiskey tradition, which has been nurtured by Midleton Distillery for almost 200 years. 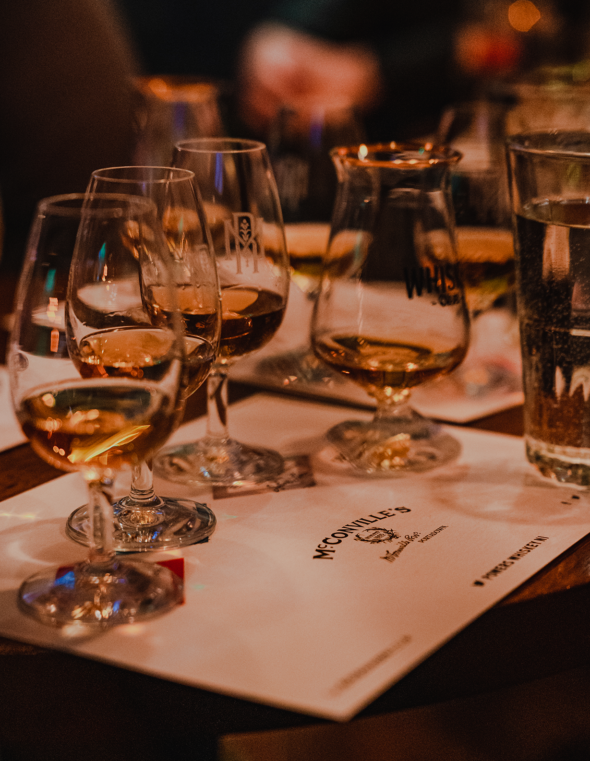 We kicked things off with a Powers Old Fashioned – served over ice with a garnish of orange peel.

Once everyone was seated, we started our whiskey tasting, telling the story of Midleton Distillery, and the rise, fall and rise again of Irish Whiskey. Joe Magowan took the guests through the unique production of Single Pot Still Irish Whiskey and then told the story of Powers, from operating one of the most modern whiskey distilleries in the world in Dublin, and eventually moving to Midleton Distillery in County Cork. 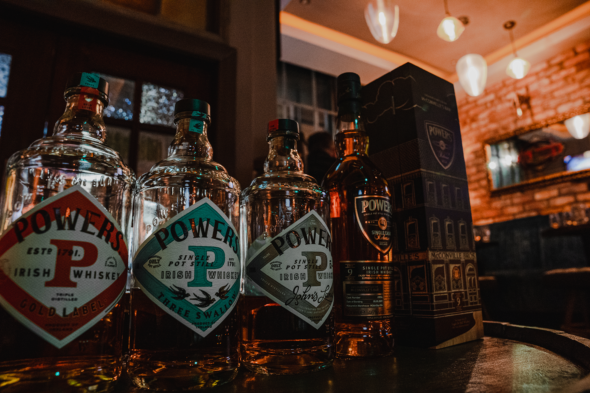 Finally, we were ready to taste our first neat whiskeys. 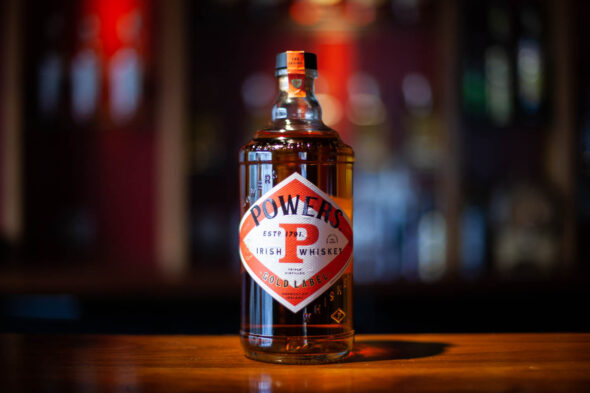 Cinnamon, clove oil and white pepper in balance with russet apples and ripe pears, on a background of charred oak.

Cinnamon, green peppers and a touch of nutmeg combined with orchard fruits, vanilla and toasted oak. All laid upon a crisp barley core.

Next, we moved on to Powers Three Swallow Release – a Single Pot Still whiskey aged in both American ex-bourbon barrels and Spanish oloroso sherry butts. 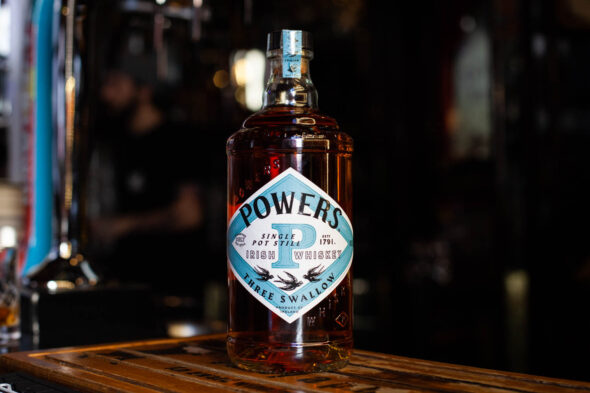 In true pot still style, an initial taste delivers smooth mouth-coating barley followed by an eruption of green apple and citrus notes. Herbs and spicy flavour are complemented by a touch of cedar wood for extra complexity.

Spicy sweetness gives way to pot still barley character balanced with a hint of sherry and leading to a crisp cereal finish with toasted oak notes.

Our third whiskey was Powers John’s Lane Release. This whiskey celebrates the traditional pot-still style of whiskey produced at the John’s Lane Distillery. Aged for no less than 12 years in a combination of American ex-bourbon barrels and Spanish oloroso sherry butts. 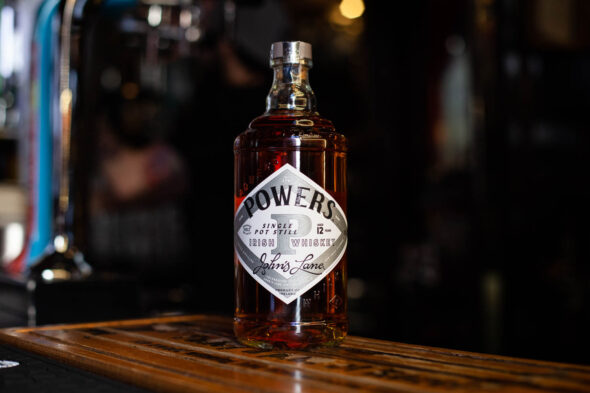 Finally, it was time to taste our new 9 year old Single Cask. 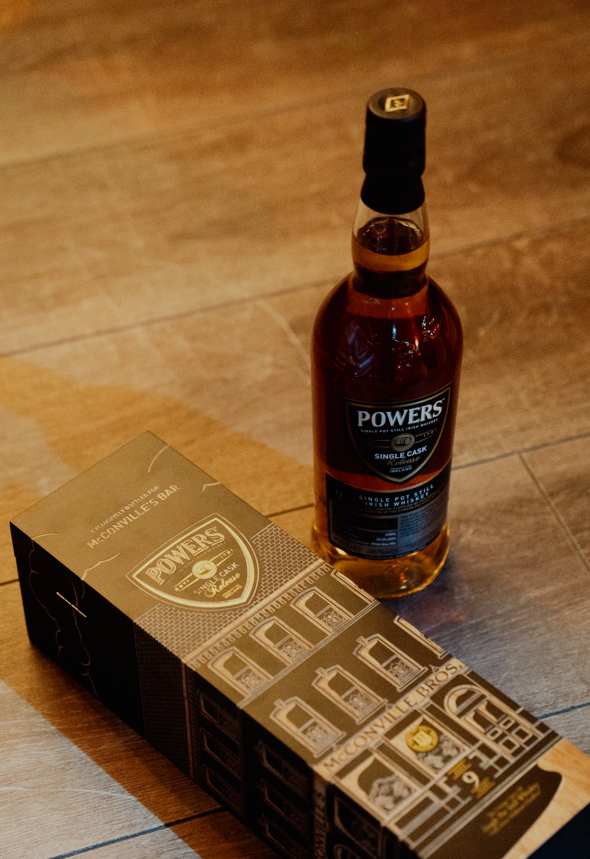 Rich spice intensity with aromatic notes of nutmeg, cardamom and cinnamon accompanied by deep, earthy notes and a nutty character that initially lingers in the background but slowly builds over time. Sweet hints of vanilla and caramelised pear softly shine through amongst the charred oak and pot still spices creating an intricate and balanced whiskey.

Leads with the pot still spices that eventually subside, revealing a rich and silky mouth-coating texture with sweet notes of dairy fudge and vanilla. The oak’s soft tannins eventually break through imparting a delicate astringency that balances the sweetness, adding structure and complementing the fruit notes of green apple and ripe pear.

Lingering finish with the spices the first to fade, while the sweet confectionary notes and orchard fruits fade alongside the charred American Oak.

The Single Cask was a hit with the guests. So much so that over 50 bottles were sold over the course of the evening! The night was a great success, and our guests stayed long into the night enjoyed this new whiskey and the jovial atmosphere of McConville’s Bar.

This new whiskey can be purchased only from McConville’s Bar for £165 and is limited to 228 bottles. 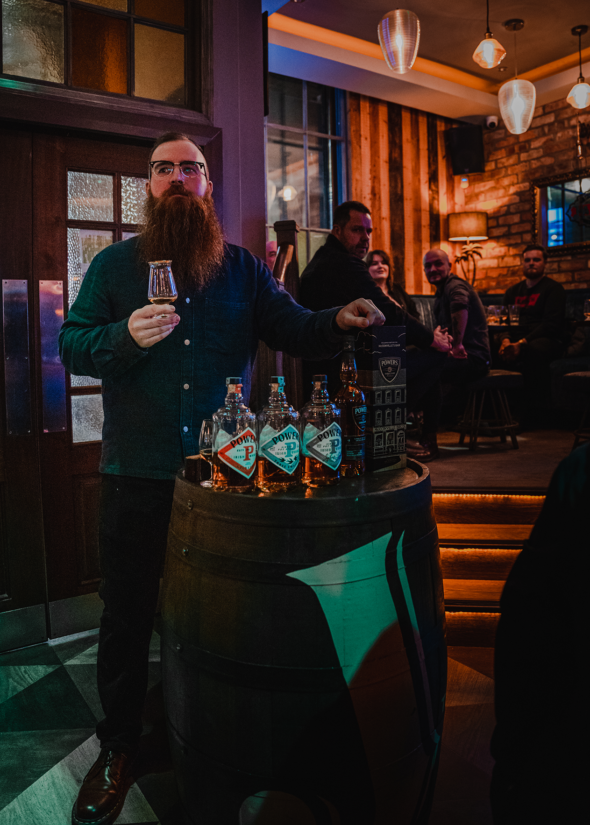